It is with huge sadness and regret that we have to share the sad news of the death of our founder and chairman of Wexas, Dr Ian Wilson. Ian passed away on Friday 20 November, following a recent cancer diagnosis and complications after surgery.

Ian was an innovator, a pioneer. He set up Wexas with the courage of his convictions – a bright idea that evolved into a brilliant company. Ian was an entrepreneur, a talented linguist and a fount of inspiration. After graduating from Oxford with a PhD, he started his working life in advertising, founding Wexas while still doing his day job.

Ian always believed in his ideals; he believed in travel as an experience, as opposed to a week or two away. The thriving and distinguished company he founded in the Seventies helped hundreds of thousands of people on their way to discover the world. He made it easier for every other traveller, because he believed sincerely in discovery and exploration. In the 1980s this extended into business travel, with the opening of a business travel division – which later became Wexas Travel Management, following the acquisition of three other business travel agents.

Ian was a compulsive traveller, who picked up his surfboard in his late teens in search of the endless summer and didn’t put it down. He was still surfing well into his seventies. Ian went to islands beyond the far-flung in those days, relishing the challenge. He always did like a challenge. 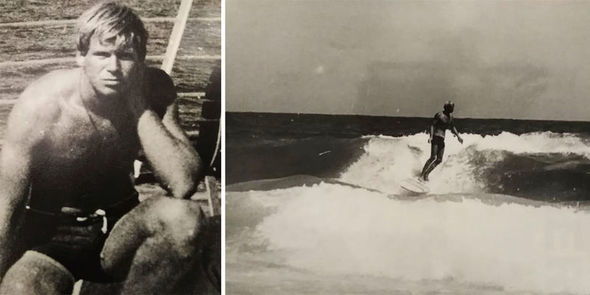 All his employees were expected to share his uncompromisingly high standards. And right to the end Ian would regularly test the phones to ensure all calls were answered within 3 rings by a person, not an IVR and that employee destination and travel knowledge was always first-class. He was committed to helping communities around the world through the charitable Wexas Travel Foundation.

Ian was more than an inspiring chairman. He appreciated every step of his journey and helped others on theirs. He is survived by his three children, Mark, Jackie and Thomas, and two grandchildren Otto and Elska. He was extremely proud of them. He leaves them and those of us who worked with him with a fine and admirable legacy.

“We are deeply saddened to announce this news. Ian was a pioneer whose ideals about travel as an experience were at his very core.

Ian didn’t believe in rules or following the crowd and his independent spirit lives on in every Wexas employee. He was a stickler for hiring independent thinkers and people who would challenge the rules for the benefit of our clients. At the same time his attention to detail on service standards was second-to-none.

Ian was hugely frustrated by the current travel restrictions and his greatest wish was to see travel open up again and his beloved Wexas back doing what he inspired us to do best.

Everyone knew Wexas was Ian’s fourth child and he was rightly proud of all of his children and grandchildren. Our hearts and thoughts are with all of them at this difficult time.”